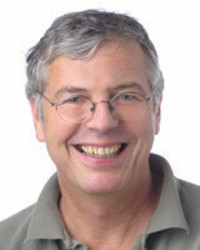 Rainer Sauerborn was the lead author of the health chapter of the recent assessment report of the IPCC (Inter-Governmental Panel on Climate Change). He served as an advisor to the German Federal Government on “Global Environmental Changes” from 2000-2004. He was Guest Professor of Climate Change and Global Health in Umeå, Sweden and is currently Visiting Chair for Climate Change at the Centre Virchow-Villermé for Public Health Paris-Berlin, at Université Sorbonne Paris Cité.
He has taught the topic in multiple formats to various audiences, from academics to policy-makers to the general public.
He worked as a Médecin-Chef du District de Santé de Nouna, Burkina Faso, from 1989 to 1982.
He trained as a paediatrician at the Medical School of Heidelberg University, after which he of doctorate in Public Health from Harvard University. As a coordinator of the Health Office of the Harvard Institute for International Development (1992-6), he learned to apply an inter-sectoral wide-angle view at development.
Since 1997, he has held the Chair of Public Health at Heidelberg University. He has a long-standing track record of service and research in Africa and Asia on health systems with a particular focus on climate change and health.