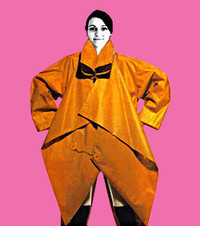 Petro gets to know IdLab as a Design 1o1 student. Following their #blaueblumen exhibition in Berlin in April 2014, she moves to Milan to join the team as an intern and then as a video maker.
Originally from Transylvania, she studies Media and Film at the University of Copenhagen from 2010 to 2012. After graduation, Petro works in film production, as a producer assistant at Beofilm and production coordinator for Marianne Hansen/Wisdom Bell Productions. Occasionally, she works for film festivals and quirky art-house cinemas.