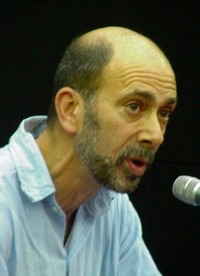 Peter Rossman works as the Director of international campaigns and communications at the International Union of Food, Agricultural, Hotel, Restaurant, Catering, Tobacco and Allied Workers' Associations (IUF). He has been with the IUF since 1991, where he is involved in much of the IUF's work on transnational companies. Prior to that, he has been an advisor to the Party of European Socialists on European Union financial regulation and has published widely on trade, investment and finance in relation to human and trade union rights among other topics.