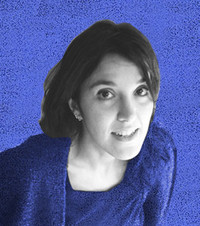 Dr. Giuliano studied Architecture in Palermo and at the Universitat Politècnica de Catalunya in Barcelona (ETSAB). From 2000 to 2011, she worked at Arata Isozaki’s office in Barcelona, as an architect for concept and design buildings. During her time at AIA office she broadened her interest in the intersection between architecture, contemporary culture, territory and current issues in society.
She participated to several projects developed between Barcelona and Tokyo: Distrito 38 master plan and office building in collaboration with the Foreign&Commonwealth Office (FCO) London, Illa de Blanes, Isozaki Atea in Bilbao, Bahns d’Arties Resort Spa, Public Housing Carabanchel 21 in Madrid, Hotel Puerta America in Madrid or the National Museum of Egyptian Civilization (NMEC) in Cairo.