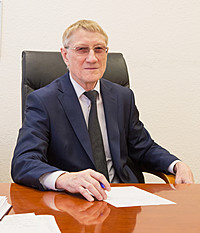 Head of the Chair of Physics, professor