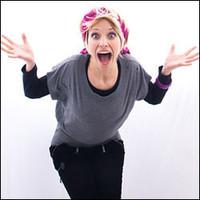 Jessica Sartor-d’Avigdor (* 13th of February 1979) is a German video performance and digital artist and art teacher. Her artistic work broadens to include multimedia installations and video performances as well as various forms of cross-media objects.

Education
Following a degree program in Art and English Language at Justus-Liebig University in Giessen (Germany), in 2008 Jessica obtained a Master of Arts degree in Digital Arts from University of the Arts in London.
Further education in Art Therapy, Institut für Kunst und Therapie Potsdam.

Professional Background
Before Jessica embarked on her current career, she has been working as a Web author for an eLearning research project of the University of Giessen and the Goethe-Institute as well as a freelance media designer and further education trainer for the use of new media in various educational settings. Has been working as an Art and English teacher at Günter-Stöhr-Gymnasium (Munich). Currently: Artist & Art teacher at Private Realschule Gut Warnberg, Munich.

Work
Jessica's work focuses on the critical experience of self and identity in a world vastly determined by an overall wave of virtualization. In this context, she explores if and to what extent healing capacities and ritual elements in performative video art are able to transform the attributes associated with this process (such as increasing alienation, derealization and disembodiment).

In her video performances, shot in real-time without a film crew, she transforms these scenarios in a ritualistic way, alluding to neo-shamanistic healing practices. One of the major principles of her work is the exclusive staging of her own person in the role of various identities.

Her work has been shown in a number of European countries and the US.