The main idea of the course is to learn that a series of physical laws, initially discovered in experiment and described by mathematical formulas, exist in the mathematical medium of hypercomplex numbers, and examining it we detect these formulas.

The course is based on results of more than 30-year intensive investigation of quaternion numbers making up the third (apart from the real and complex numbers) exclusive algebra, and its interplay with physics.

Classical, relativistic, and quantum mechanics are the three cornerstones of physics, their laws historically formulated on the experimental and heuristic grounds.

However, the course demonstrates that they seem to exist immanently in the pure math medium of quaternions, and we can readily extract them.

One of the most important feature of «Quaternion Algebra, Fractal Space, and General Theory of Mechanics» course is that you will get all suggested information, learn to solve various mechanical problems, catch the logic of the mechanical laws derivation, and memorize their formulas forever only for several weeks.

This course mostly concerning those who have decided to be a keen expert in fundamental theoretical physics or mathematical physics but the suggested unit of newly discovered knowledge will be helpful for any person interested in a deeper understanding of the essence of physical world and of the up to now hidden connections between physics and pure mathematics.

Also the suggested course may be quite useful “technologically” for many such students who pursue a prosaic goal to easier (may be more systematically) memorize mechanical formulas and to a certain degree to catch their meaning.

To understand the essence of the course, you need general knowledge in the field of fundamental disciplines — mathematics, algebra and physics.

Skills and competencies you are going to get out of this course:

The first introductory chapter is devoted to algebras as fundamental mathematical objects. I will tell and write main things concerning four exclusive algebras, briefly touching algebras of real and complex numbers. Algebra of quaternion numbers here will be exposed a little more in detail, with its history, main notions and properties. Of course, as well I will give certain information concerning the last in dimension “good” algebra of octonions.

The second chapter implies profound study of quaternions. At first, we recall its traditional geometric aspects, and then consider a novel geometric object, variable quaternion basis. This fresh knowledge will lead us to notion of the so-called Q-vectors having specific properties of form-invariance and differential correlations.

In the chapter number three, we will rewrite the classical Newtonian mechanics in Q-vector format and show how this formalism helps to analyze mechanical systems and solve problems of non-inertial motion. Special accent will be made on the so-called method of the chasing Q-frame.

The fourth chapter is the key chapter of this course. Here we get acquainted with the notion of a fractal 2D space, and a new object, a distinguished local domain of a fractal space named fractal 2D-cell. It is. We also discover that a 3D space domain can be built out of 2D-cell’s elements, and this knowledge gives us a power instrument to investigate links between fundamental laws of mathematics and physics.

In particular, we find that the pure mathematical condition of stability of quaternion algebra (under distortions of the 2D-cell) is formulated as a certain equation. It is a terrific fact that in the physical units this equation becomes precisely the Schrodinger equation of quantum mechanics. I just remind that this equation has never been derived logically; it was suggested by Erwin Schrodinger out of heuristic considerations.

In the fifth chapter on the base of relations describing mechanics of quantum particle we successfully deduce equations of classical mechanics, among them the Hamilton-Jacobi equation of analytical mechanics and the Newtonian dynamical equation. By the way we reveal the mystery of the mechanical action function up to now considered an abstract entity. We find that the action function appears to be the phase of oscillation of the fractal 2D-cell, while the 2D-cell itself turn out to be a fractal model of the examined particle.

Respective 3D model of the classical particle has its own peculiarities. It looks like a point-like massive able not only to move in space but also to rotate about one its axis. This property, ability to rotate, is thoroughly examined in the sixth chapter, and results in derivation of basic equation of special relativistic and even general relativistic mechanics.

So, we fully formulate the General theory of mechanics comprising three its traditional branches, quantum, classical and relativistic mechanics. 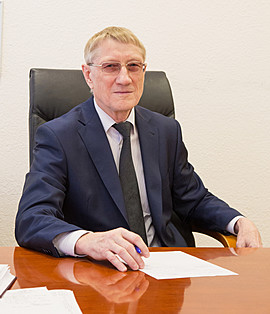