Are you interested in politics? Do you feel the need to have a clearer understanding of it, beyond the conventional language of media and social networks? Well, this course might provide the help and the stimulus you are looking for.

This course is designed as a vocabulary of the main terms used by all of us when talking about local as well as world politics; terms which we often use without a proper awareness of their meanings and connections, a circumstance not exactly helpful to any attempt at understanding how politics really works, regardless of our wishful thinking or simplistic morality or easy cynicism.

Now, if we want to get deeper into the workings of politics - the only serious starting point for those who want to reform it - we must agree to begin with very abstract notions, that is with the general definitions of what politics, conflict, power (incl. force/violence), and what legitimate power mean (Part 1: What is Politics?). On these premises we will then explain the still main political institution, the state, and peer into the dynamics of war and peace that has dominated the relationships between the states (Part 2: How Does Politics Work?). Since with economic globalization, which has restricted the room for political action, things are getting much more complicated on the planet, and more challenging outside of it (man-made climate change starts in the atmosphere), classical notions have to be rethought. The very nature of the threats endangering our global commons does not leave the definition of politics (Part 3: World Politics and the Future).
This course does not aim at communicating any 'message' as to how politics ought to be, but it will obviously try to clarify the main concepts - freedom, equality, justice - we make use of while talking about values and principles in politics; this is what is called 'normative political philosophy' and is regarded here as an important chapter of political philosophy, not the whole of it (Part 4: Ethics and Politics).

At the end of the course you may have achieved a clearer and less confused awareness of the political vocabulary, thus gaining a more complex, more autonomous and more critical understanding of political processes. If you are a student of political science, law, sociology and economics you may get better tools for catching the overarching sense of processes that you do otherwise approach in a fragmented perspective.

My teaching method aims primarily at defining and discussing concepts, not at illustrating authors or providing historical narratives; needless to say, there will be enough reference to authors, books, events and processes, in particular with regard to the evolution of political modernity. For each of the twelve lectures of about 30-40', which will be presented in shorter units, you may need three more hours of homework to do additional readings and - more importantly - to perform additional reflection.

For most of the notions discussed in the course I will suggest readings consisting of both classical authors and recent literature. For each lecture I will reply to up to five requests of clarification or critical assessments (all this exclusively via the iversity platform). From time to time you will have the opportunity to test your acquisition of fresh knowledge by responding to multiple-choice-tests. At the end of the course you may want to take a final exam, whose format will be announced later. Letter-grading from 1 to 5 will be used.
There will be unfortunately no textbook. The textbooks available in English are all, though in various ways, different from my approach and my contents. My slides will serve as a textbook in a nutshell.

Due to my conceptual approach, to follow this course you do not need a prior knowledge of philosophy or political science, just the degree of general culture needed to pass the final high school exam, be it Abitur, maturità, baccalauréat or 高考(gao kao).

Please have a look at the FAQ if you have any general questions regarding the platform. 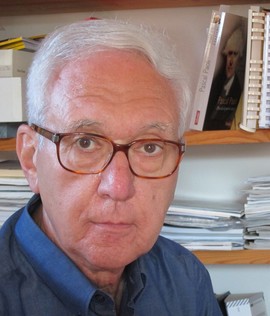