This exercise will help you practice looking for multiple loops at work in a situation.
The following article reports on a slowdown in Starbucks' sales in the US. Your task is to draw a systemic structure with two loops: a reinforcing loop that is the motor of Starbucks' same-store sales growth and the balancing loop from new competition that has recently slowed growth.

Hint: You can base your work on the Netflix illustration from the video.

A suggested solution is provided in the references. 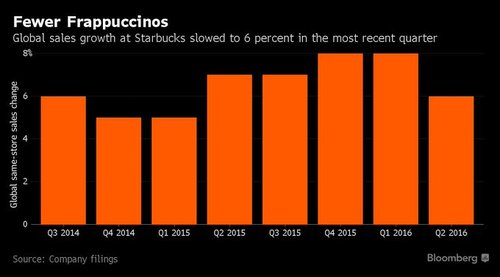 The results signal that competitors may be chipping away at Starbucks' dominance by following its strategy of hooking customers with loyalty programs and smartphone apps. Dunkin' Donuts started testing mobile ordering late last year, while Panera Bread Co. has said its digital sales may reach $1 billion in 2017. Both chains also have rewards programs with millions of members.

Same-store sales growth in Starbucks' Americas region, which includes the U.S., slowed to 7 percent. Analysts estimated a 7.4 percent gain, according to Consensus Metrix. Sales by that measure climbed 9 percent in the prior quarter.

"It's good, but I guess not good enough," said Peter Saleh, an analyst at BTIG. "When the stock is trading where it is in terms of valuation, you need to have an upside surprise."

Starbucks shares fell as much as 5.4 percent to $57.34 in New York on Friday. Through Thursday's close, the company had gained 1 percent this year.

The company reiterated the top end of its forecast for profit, excluding certain items, to be as much as $1.89 a share in the current fiscal year. Revenue will rise 12 percent, helped in part by a longer year, Starbucks said, repeating an earlier projection.

Starbucks' app and rewards program, which have locked in millions of members, gives it access to diners' eating habits so they can offer appealing deals to them. The company has even considered licensing its technology to other retailers.

"Starbucks continues to redefine the customer-facing mobile and retail experience of the future," Chief Executive Officer Howard Schultz said during a conference call. The company will end fiscal 2016 with about 25,000 stores globally, he said.

Along with technology, Starbucks is trying to boost sales with new restaurants. The company is adding about 1,800 net new locations this fiscal year -- including 900 in its rapidly expanding China and Asia Pacific region. Despite the recent economic turmoil in China, Schultz has said that he's "bullish" on the country and that it could be bigger than the U.S. market. 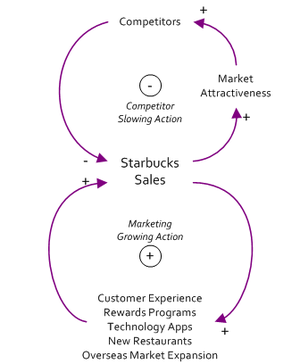