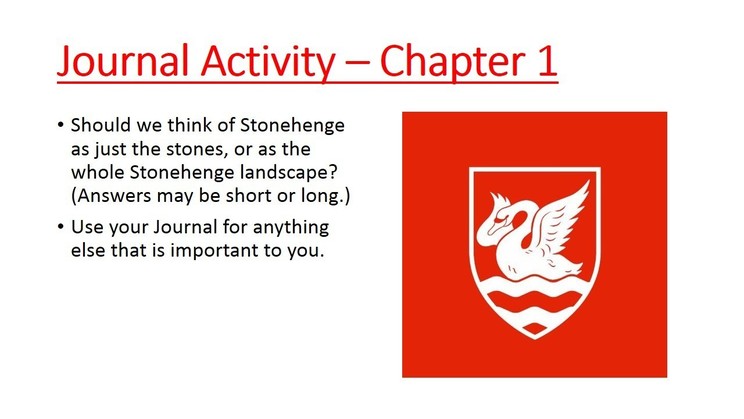 Stonehenge, a single monument or a special part of the countryside

Try and find a place to push a double carriageway major road through an area of land and you soon find out whether it is just a pile of stones you're looking at, or a whole area of special monuments. This has been the problem facing the current highway authorities, and it highlights the spread of features in this very special area.

We do not know why this part of Wiltshire became an important place to build features that must have taken huge efforts and resources to complete. However, from Mesolithic times, people have chosen to do just this. It could have been the result of finding really good hunting, which became legendary and perhaps sacred.

From the Mesolithic, we have evidence of a huge feast at Coneybury, to the south of Stonehenge and dated about 4000BC, with large quantities of bones, flint and some pottery. Later, massive pine posts, possibly three metres high and about a metre across, were erected in a location which was close to where Stonehenge later stood. At Blick Mead, to the east of Stonehenge, where warm springs were probably the draw for the people who spent time there, we have evidence of extensive flint working, and the butchering and cooking of animals, again in the Mesolithic.

About 3,500 an enigmatic structure - a bank enclosing an area 3km long by up to 150m wide, was built. We now call this the cursus but in fact we have no knowledge of its purpose, though many suggestions have been made throughout history.

A circular bank and ditch with a circle of either posts or stones within, formed the earliest configuration of Stonehenge. The holes which held the posts or stones contained cremation burials, so it could be that this was a place of burial, at least for some of the population. An avenue, following the course of the summer solstice alignment at least for the first third of its length, leads to - or from - the circle, and continues, turning twice, until it reaches the river Avon. At about the time this first circle was built, there was a bluestone circle across the Avon from the end of The Avenue. Some have questioned whether the bluestones were moved to Stonehenge from this, and may have formed the first circle, though many theories abound. Mike Parker Pearson states that the Avenue's first and solstice aligned section follows periglacial grooves, formed at the end of the ice-age, from massive outflow of melt water. If this were the case, it would certainly contribute to the reasons for the circle being built in its current position.

It is certainly a mystery how the bluestones came to be in Wiltshire, from their sources in the Preseli Mountains in South Wales. In about 2,500BC the large sarsen stones which were brought to the location for the next and very impressive stage of building, came only 19 miles from the Marlborough area,, still no mean feat with the technology of the stone age. Not only are these standing tall, as at many sites throughout the UK and Europe, but also well cut and jointed lintels were fitted to the circle, a truly enormous task with the hard sarsen stones, and with the weights and heights of the structural elements. The bluestones were also included within the monument and were later rearranged again about 2,200BC, and even this would have been a challenging task.

After this, though Stonehenge monument itself was not altered, the draw of this area as 'sacred' meant that important burials continued here during the Bronze Age, when many round barrows were constructed. For some visitors and local residents alike, Stonehenge is a collection of stones, remaining from an old building. However, it is not in isolation, and its position was not a random siting, occurring, in time and landscape, amongst so many more significant post-ice age prehistoric locations of considerable significance.