From Bugatti Veyron to Volkswagen Bettle, from racing to passenger car: learn more about cornering and drifting and look deeper into Kamm’s circles and Kemple’s diagram.

In this second part of Vehicle Dynamics, we will illuminate the lateral dynamic aspects of vehicles.

Clear and brief: the cornering of a car.

In Detail: We will start with a simple single-track model and then describe the slip angle of a wheel. The slip angle results in cornering forces, which are essential for understanding lateral dynamics. After that, we will look at the dependency between longitudinal and lateral forces using Kamm’s circle and Krempel’s diagram. Then we will investigate steady state cornering, stability and the influence of different weight distributions between inner and outer side wheels of the car. The course will finish with two applications from automotive mechatronics.

Some basic understanding of the following subjects will help you successfully participate in this course:

This course has a total of 10 chapters, and the topics for each chapter are the following: 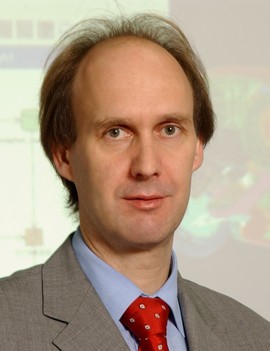 Martin Meywerk is a full professor for Automotive Engineering at the Helmut-Schmidt-University in Hamburg since 2002 and dean of the faculty of Mechanical Engineering since 2014. He gives lectures in vehicle dynamics, automotive mechatronics, computer aided engineering (CAE) and optimization. In research his focus is on dynamic behaviour of vehicles and tyres, driving simulators and CAE-methods in automotive engineering. In the past he had research projects with Volkswagen, BMW, Daimler, Bast and other companies. He has published several papers and one book. From 1997 to 2002 he was employed at Volkswagen AG in Wolfsburg in research and development where he improved CAE methods, from 2000 to 2002 he was lecturer for engineering mechanics and analytical mechanics at the Technical University Braunschweig (TUBS). He was a research assistant at TUBS from 1990 to 1996, where he wrote his Ph.D.-thesis at the institute of engineering mechanics. From 1985 to 1990 he studied Physics and Mathematics at TUBS supported by the Studienstiftung des deutschen Volkes.