This is an illustrated basic course in mathematical logic. We invite everyone who wants to be creative in mathematics and programming. Enrol now and get started!

We present a course developed by the team of Tomsk State University of Control Systems and Radioelectronics.

The goals of mathematical logic are:

We made sure to make this course informative and interesting for everyone!

Upon completion of the course, students will have acquired fundamental knowledge that is valuable in itself and will serve as the foundation for other studies. For example, software engineers strongly rely on logic-mathematical theories in their work.

• Knowledge of the simple yet powerful methods of mathematical statement transformations made possible by the language of logic is just as vital as is the knowledge of elementary algebra. No need to reinvent the wheel.

• Invented almost a century ago to address the needs of mathematics, mathematical logic has found application in theoretical and practical programming.

• When dealing with applied problems, a researcher has to switch between the descriptive language, mathematical language, the language of numerical methods and algorithms, and specific programming languages. The language of mathematical logic offers a great opportunity to practice this translation between languages and is used as a powerful formalised tool for transmission of information between distant languages.

Most of the course content will be understandable for students with only a high school level of education. Some minor sections of the course will require knowledge of imperative programming and elements of mathematical analysis.

The course consists of 7 chapters:

Relation between mathematics and mathematical logic.

Chapter 2 - Foundations of the set theory:

Set theory is the basis for development of languages.

Propositional logic studies the simplest yet the most important formal language.

The axiomatic method makes it possible to solve many logical problems, errors and paradoxes. It is widely used in today's mathematics and the knowledge of it is vital for anyone using functional and logical programming languages.

Discussion of the types of mathematical proof and how proof can be aided with a computer.

To learn about the possibilities of the algorithmic approach and the limitations of calculations, one must know the rigorous definition of algorithms and computability. The module offers these definitions and defines algorithmically unsolvable problems. The module introduces the concept of algorithm complexity, which is an important factor when selecting algorithms to solve problems. The module also compares problems by complexity - this knowledge makes it possible to use any search algorithm to solve problem instead of search for the good algorithm. 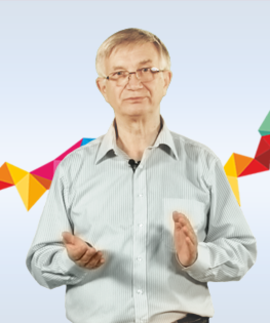 Further education teaching for university teachers of mathematics. Active user of Mathematica and CDF format (Computable Document Format).
Winner of various scientific and academic awards:
• Honorary diploma and gift from Kemerovo region Administration “For invaluable contribution to development of Kuzbass and for support of a teaching dynasty tradition” (2007).
• Medal of Merit in commemoration of the 400th Anniversary of Tomsk.
• “300 Best University Textbooks in Celebration of the 300th Anniversary of Saint Petersburg” (2006). 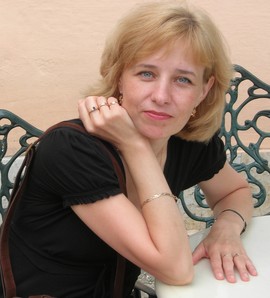