History of international relations and foreign policy of Russia.

The study of Russian foreign policy history makes it possible to understand its contemporary realities.This course is dedicated to the study of relations between Russia and leading world powers from the 17th century until now.

History does not teach, it rather educates the person and makes it free in its judgements, capable of distinguishing truth from propaganda and ideology. In fact, history forms the mentality of society, and therefore, it is necessary to understand one's own personality. History provides an opportunity to navigate in current political situations and relations between states, which means understanding your country's place on the world stage. History of Russia is rich of events and activities of outstanding people. The fact that our country for centuries has preserved its territorial integrity, sovereignty and independence, is very important - and this success was achieved not only by dozens of great statesmen, diplomats and military leaders, but also by common people. Knowing the history of Russia, its foreign policy and diplomacy is not only important for the citizens of our country, but also helps other peoples to better understand the nature and soul of Russia. This is especially important in our days, when the Western propaganda tries to blacken our homeland, to falsify and rewrite its history. Every person in any part of the world who studies the history of Russia must learn that Russia never started wars in its entire history, but invariably ended them. Comprehension of this will make it possible to better understand the nature and characteristics of Russia's contemporary foreign policy and explain its actions in the international arena.

The course is addressed to a wide audience interested in history of international relations, history of foreign policy and diplomacy, but primarily focused on applicants and students.

General education is required. It is necessary to be able to work with information sources, draw conclusions from the information received and understand the cause-effect relationship. Special historical knowledge is not required.

Chapter 1. Thirty Years' War and the Formation of the Westphalian System of International Relations.

Main directions and the beginning of foreign policy course of Peter I. The Great Embassy of 1697-1698. The Northern War: from Narva to Poltava. The Northern War: from Poltava to the Nystad Peace. The Eastern policy of Peter I. Without listening to this lecture, one can not understand the next course dedicatet to the Russian foreign policy, since the epoc of the Peter I was the time when Russia made first step towards becoming a great power.

Chapter 4. French Revolution and the Empire of Napoleon.

American-French relations during the war for US independence. The conceptual basis of the policy of revolutionary France. Napoleonic wars. The great collapse of 1812. The last adventure and the end of Napoleon's era. Without listening to this lecture, one can not understand the specifics of the European and world politics in the 19th century after the emergence of a new international actor in the face of the United States and the factor of Napoleon, who made the first attempt to unite Europe.

Chapter 5. Diplomacy of the Crimean War.

The threshold of the Crimean War. The beginning of a dispute about the holy places in Jerusalem. The aggravation of relations between Russia and France due to the history of the title of Louis Bonaparte. Diplomatic initiatives of Nicholas I about the fate of the Ottoman Empire. Positions of England and France. Mission of А.S. Menshikov and the policy of Lord Stratford. The aggravation of the conflict. Positions of France, England, Austria, Turkey. The beginning of hostilities. Diplomacy of England, Austria, France. A "strange war." Diplomacy of Alexander II. Divergence of interests of England, Austria, France. Paris Congress pf 1856. End of the "Concert of Great Powers". Without listening to this lecture, one can not understand the reasons for the collapse of the Vienna system of international relations and the transformation of Russia's foreign policy in consequence of the defeat in the Crimean War.

Chapter 6. Russian diplomacy in the struggle to abolish restrictive articles of the Paris Treaty of 1856 about the neutralization of the Black Sea.

Main directions of foreign policy of Alexander II. Russian-French rapprochement. Polish uprising of 1863 and Russia-Prussian rapprochement. Cancel of the neutralization of the Black Sea. Without listening to this lecture, it is impossible to characterize Russia's foreign policy in the aftermath of the defeat in the Crimean War, when Russia managed to overcome the consequences of this defeat exclusively through diplomatic channels and by concentrating on resolving internal problems.

Chapter 7. The role of personality in the history of international relations.

General information about the role of personality. Political leaders. Leaders of the National Liberation Movement. Diplomats. Without listening to this lecture one can not understand the role of the subjective factor in the international relations and Russia's foreign policy.

The team and organisation standing behind the course

Dzhangiryan Vladimir Gurgenovich (module 4) - Professor of the Department of Theory and History of International Relations, Faculty of Humanities and Social Sciences, Peoples' Friendship University of Russia, Candidate of Historical Sciences

Shpakovskaya Marina Anatolyevna (modules 1, 5) - Professor of the Department of Theory and History of International Relations, Faculty of Humanities and Social Sciences, Peoples' Friendship University of Russia, Doctor of Historical Sciences

Ponomarenko Liudmila Vasilievna (module 7) - Professor of the Department of Theory and History of International Relations, Faculty of Humanities and Social Sciences, Peoples' Friendship University of Russia, Doctor of Historical Sciences

Audit track with Statement of Participation (49 €)

For obtaining your Statement of Participation in the Audit Track, you need to complete 80% of the video lectures and quizzes and pay the fee. 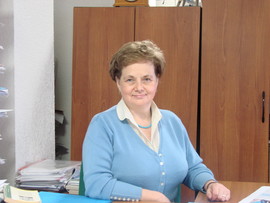